Imagine what it would be like to share your deepest wound. To be seen as that which you’ve hidden your whole life. To allow yourself to be photographed in that wound.

Especially if the wound is being invisible.

That is what Linda Kattan did.

For the past three years I’ve partnered with Lindsay A Miller, bringing her photographic magic into my year-long program.

First, we gather with my clients for a 3-day “Reclaiming our Wounded Parts” retreat.

I guide the women in an exploration of their formative childhood wounds, extracting the gifts of the wounds: an understanding of the unique way each woman is designed to serve in the world and the distinctive marketing words that will allow each woman to attract her right clients.

They begin to see the wounded part of themselves differently, with more compassion, more love.

Then Lindsay shoots them in their wound.

For Linda, the wound was being an invisible, worthless mistake. 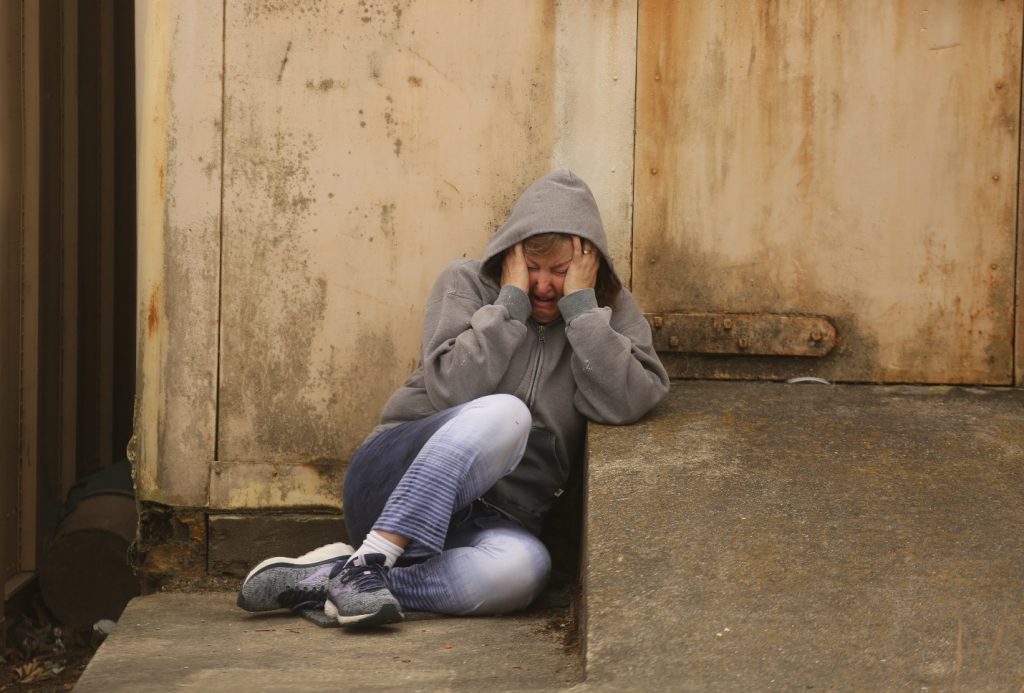 Raised by a narcissistic adoptive mother, Linda has worked her whole life at being worthy. And despite being a highly educated, powerful healer she kept herself hidden and invisible.

Her shoot was later in the day. Good at being invisible, she stood back and let others go first. When it was her turn, she crouched in a dirty corner. The lost little girl in her peered out at us.

I gathered the other women, and turned my back. It broke my heart a little, yet I knew that she would get the full value only if we ignored her in her pain, allowed the broken child to cry.

Her natural Mother instincts took over when she saw the pictures.

She opened her heart, and she made a commitment to love that little girl. To never desert that part of herself again. To be a visible for herself and her tribe.

Then Linda went to work implementing. It wasn’t always easy. She often still put other’s first, making her own needs and desires invisible. Yet, she did the work.

Coming out. Claiming what was hers. Designing a life that works for her.

We gathered again in Maui, and she was ready to express her authentic essence, the part of her that is powerful, centered in self-love, generous without being martyred.

Her first day was difficult. She was triggered. But she had grown enough to know that she deserved to be seen. She needed to take a stand for her needs. Not asking someone else to take care of her, but taking care of herself first. And she did.

So, when the day of our “Divine Feminine Essence” photoshoot arrived, Linda was ready!

She jumped to the front of the line and was one of the first women photographed!!!

She played in the water from the water fall, let the sun warm her skin and glowed with sexy, vibrant energy. 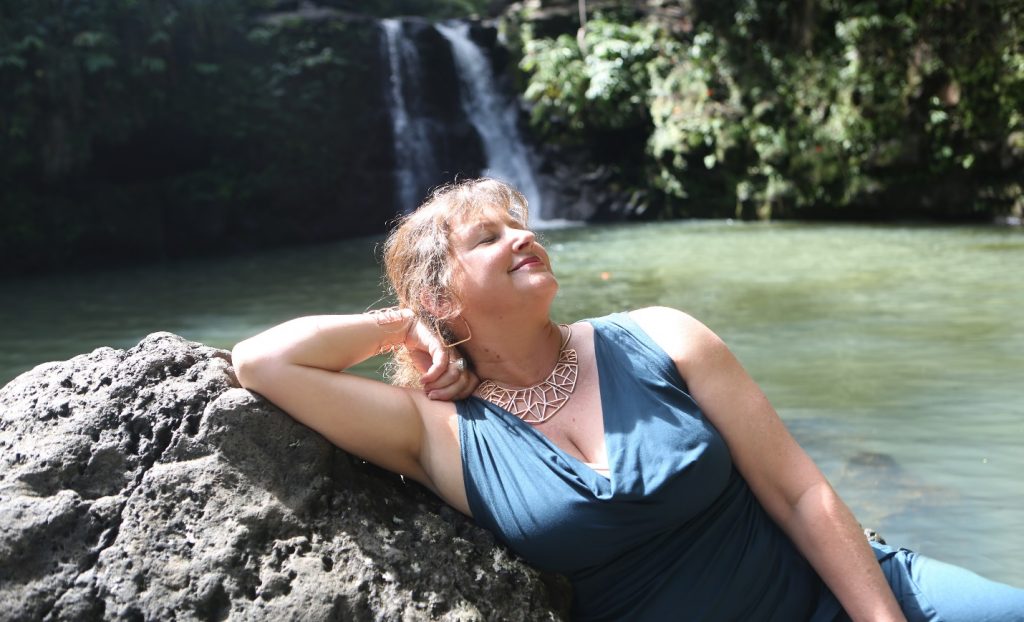 We were captivated by Linda’s beauty, her joy.

Linda set in motion big changes when she returned home. Changes that allow her to be the important, influential healer that she was born to be.

Her clients are already feeling her magic in their lives. Soon, the world will know her.